The Fremantle and Districts Philatelic Society

It is known that at least one attempt had been made to form a Philatelic Society in Fremantle. Subsequently and towards the end of the 1939-1945 war, a few keen collectors resident in the area, held informal meetings at the home of one of them for discussions of items of interest, and the exchange of information, stamps etc.

Soon after the termination of the war, when others were showing some interest, a formal meeting was held and the present society was founded. Unfortunately, early records have yet to be traced, so memory must be relied upon, but it can be stated with certainty, that it occurred in the mid 1946 and was held in the Vestry of the Hardie Memorial Church in Adelaide Street, Fremantle (since demolished to make way for a high rise block of apartments). The thirteen people attending, including three women, agreed that the title should be “The Fremantle and Districts Philatelic Society” and that meeting nights should be the second Wednesday of each month. Mr W J Wilson was elected president, Miss Jean Hewton (now Mrs Bayliss of Morawa) Honorary Secretary and Captain G E Owen, exchange Secretary. The names of all other foundation members can not be recalled but they included Messrs. Barnes, later the Society’s patron, George Chester, Benny Creighton, and Mal Finlayson all of whom retained their membership until their decease. The prime mover in the venture was Bill Wilson, who may truly be regarded as the society’s founder and was again elected president unanimously in later years, a position he held with conspicuous success and with dignity.

In spite of gloomy predictions that a Philatelic society at Fremantle would be a failure, membership steadily increased and included several who were also members of the Philatelic Society of WA, at that time the only kindred society in the state. Junior members were encouraged to join and Don Beard, a school boy himself then, persuaded a number to do so. The vestry was not spacious and when about twenty members regularly attended meetings a larger venue became necessary. The society’s first move was to the Victoria Hall in High Street where meetings were held in the basement. This building is church property and was used only for a short period. It is understood that some members of the church learned that one of the activities of the Society was the buying and selling of stamps and took exception to monetary transactions,  a somewhat curious view considering that churches frequently hold fetes, jumble sales etc, the primary object of which is to raise funds.

The next move was to the old Fremantle Tennis Club rooms and then to the Fremantle Bowling Club, both very antiquated buildings that have since been demolished. We were able to use the new Fremantle Tennis Club premises for our monthly meeting the day after they were completed.  At this initial meeting in September 1964, it was found that the rooms had been considerably damaged by vandals who had played noughts and crosses with paint on the parquetry floor, daubed paint on the walls in the change rooms and interfered with the kitchen facilities, within a day of the buildings completion.

Sometime in 1947 a constitution was evolved and distributed to members. Several of the senior members took part in their preparation much assisted by Bill Wilson’s action in obtaining copies of the rules adopted by several well established societies who in this and several other matters, when advice was sought, were very helpful. Actually the basis of our rules were adapted from those of the Prahran Philatelic Society, Victoria and it is obvious that they are adequate as very little amendment or addition has been made during the thirty years they have been in force. The main alteration has been the length of time that a president can hold office. For what seemed a very good reason, this was specified as one year. In July 1967 on the motion of a member who had been involved in drafting the original rules, the period of the presidents tenure was extended to three consecutive years.

Members had a deal of fun during those early years when the  attendance varied between twenty and forty. As happens today, the committee met first and at the general meeting, subsequently, the minutes of the previous monthly were read (a practice later abandoned as members expressed confidence in the committee and its ability to handle the job). A brief general discussion of matters of interest then followed and later a display or a competition. The latter two were popular as they added to a members general knowledge of Philately. The juniors always gave a display annually. A feature of this was that each exhibitor had to give a five minute talk on his entry and some of the young folk were very knowledgeable as the writer recollects one junior explaining his Jamaican stamps and giving information of which the writer himself was not aware. Traditionally the president displayed at the December meeting and this was followed by supper provided by the lady members or wives and girl friends of the male members. Occasionally there was an auction with the president acting as auctioneer.

The Society’s finances were not large. Income was derived  from Annual subscriptions (two shillings and six pence for seniors and one shilling for junior) plus five per cent commission on sales from the few exchange books circulated. Expenditure consisted mainly of a few shillings for postage, plus six shillings rent each time a meeting was held. The first exchange sheets were circulated in old spring back covers, until one of our earliest members, Joe Cornish, donated four new ones.

A library was formed at an early stage. Members who had suitable publications, donated them or made them available on permanent loan. As finances permitted the society subscribed to periodicals such as The Australian Stamp Monthly, Stamp Collecting and Philately in Australia and a few catalogues  were also obtained. For many years the literature was stored in a steel cabinet kept at our meeting place.

As mentioned earlier, the lack of records make the story of Society’s history during the first nine years difficult to compile, particularly as regards to Office Bearers. Bill Wilson occupied the chair when the rules allowed and was honorary treasurer during the years that he could not be president. Miss Jean Hewton was honorary secretary for several consecutive years but the name of her successor cannot be recalled. Captain George Owen was certainly exchange superintendent for the entire period.

Minutes for the year 1955 and onwards are available so the society’s history from that date can be recorded with accuracy. From 1960 the joint appointment of Secretary/Treasurer has been made and Geof Whitehead was elected but his sudden death in June 1974 necessitated a new appointee and Mrs Trezise was the most adequate holder of this office from that time.

Since July 1955 these have been a regular and popular feature of the Society’s activities. Originally they were conducted at the end of the meetings but since July 1967 they have followed immediately after the general meeting. In an endeavour to save time and to ensure that lots offered were worth while, in 1957 it was decided that the reserve bid would be one shilling and this was increased to twenty cents in 1967. The Society’s commission from this activity has always been five per cent and our funds have benefited considerably from this source.

For some years the president acted as auctioneer but Mr Wilkinson volunteered to take up the appointment in January 1967 and the offer was gratefully accepted. He operated with skill and a  good deal of humour.

Thank you for visiting our new website. Fremantle Philatelic Society was established in 1946 and is one of the oldest stamp clubs in Western Australia. We will soon have programme, club notices and other information posted online. Keep checking back for regular updates and information on our club's activities. 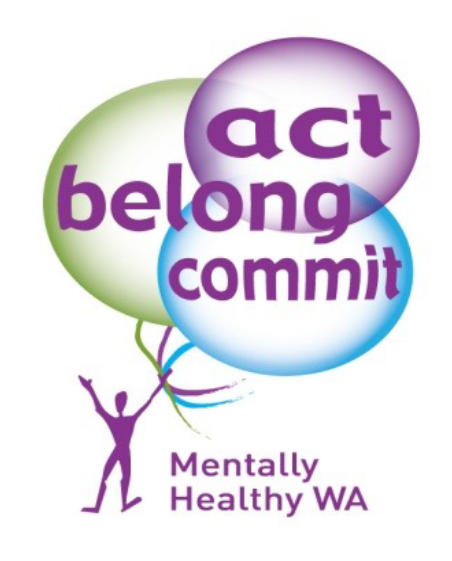 Hours
2nd Wednesday of Each Month
Meetings Start at 7:30pm

Theme by Anders Noren — Up ↑